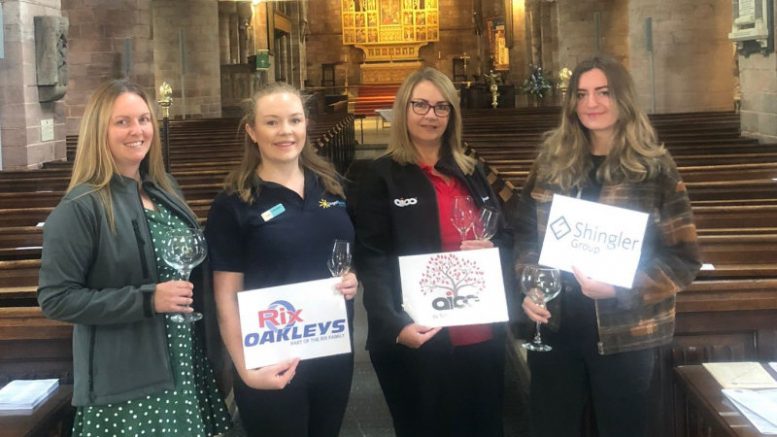 Ales, gin, brownies, live music, and iconic surroundings helped raise more than £16,000 for charity last year – and the good news is …it’s back!

Abbeyfest was held at The Shrewsbury Abbey last Christmas in aid of Lingen Davies Cancer Fund which works to support people throughout Shropshire and Mid Wales.

Hundreds of people joined in the weekend long event to enjoy a range of ales, gins, mixers, pies, doughnuts, street food, live music from The Retro Roses, Geoff Music and a host of other fundraising fun.

On Friday, 18th and Saturday 19th November, The Abbey will once again play host to the drinks festival which organisers say will deliver even more fun this year!

Lizzy Coleman, Events Officer for Lingen Davies, said it was a fabulous event last year made all the more special by the atmospheric surroundings of such a wonderful building.

“Even though we were still dealing with the impact of Covid last year people came along and supported our Abbeyfest event and it was a brilliant evening. We had groups of friends, couples, and colleagues on their Christmas work event, and it was a really special occasion.

“This year we have introduced a larger selection of artisan gins and intend to make it even bigger and better.

“You will have your pick of amazing gins and beers from Shropshire and beyond, food by Hot Girl Brownies and live music from Andy Mills, Josh Lobley and a host of others.

“I would encourage people to get their tickets sooner rather than later,” she added.

Tickets to the event sponsored by Oswestry based Aico, Rix Petroleum, and Shingler Homes cost between £12 and £59 and are available from the charity’s new website.

Creative light display to put Darwin in the spotlight