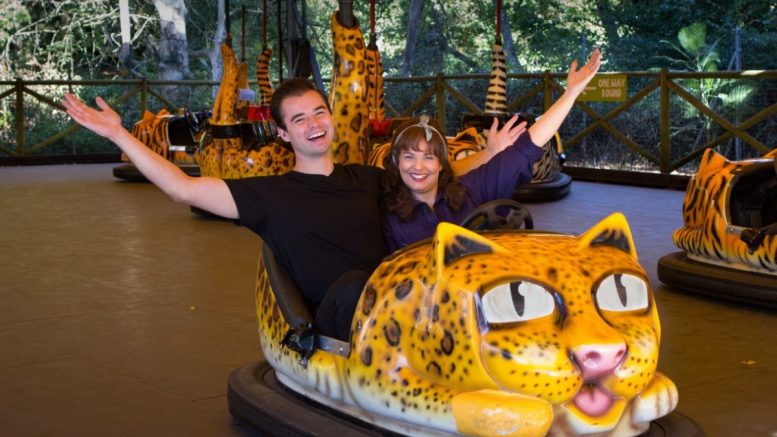 From November 8-12 at Stourbridge Town Hall, you can catch a production of All Shook Up presented by Cradley Heath Amateur Operatic Society.

This is so much more than just a jukebox musical, but an original tale packed with romantic yearnings, mismatched pairings, comedy and of course unforgettable tunes.

A small, drab town in Midwestern USA is thrown into a frenzy with the arrival of Chad – a good-looking, motorcycle-riding roustabout, with a guitar on his back, blue suede shoes on his feet, and a song in his heart.

The show includes classics such as “Heartbreak Hotel,” “Love Me Tender,” “Don’t Be Cruel,” “Can’t Help Falling in Love,” and, of course, the title song.

Karl Wunderlich plays Chad, with Liz Compton as his love interest Natalie. For tickets priced at £16-£18 each, visit seaty.co.uk/chaosallshookup or call 07835 216847 or email chaosticjets@gmail.com

In complete contrast, drama company Studio 61, who perform at Newhampton Arts Centre in Wolverhampton, is presenting Gormenghast by Mervyn Peak from November 15-17.

Based on the fantasy series of the same name, and adapted by John Constable, Gormenghast is the tale of a gothic decaying castle and its inhabitants.

In a world bound by iron laws and dead rituals, two young men struggle to make their way in life; Steerpike, the renegade kitchen-boy who seduces and murders his way up the social ladder and Titus Groan, heir to Gormenghast, who becomes threatened by its very existence.

Another hugely revered drama and one of my favourite plays is Journey’s End by R C Sherriff, which the resident company at Oldbury Rep is presenting from November 5-12.

Set in the trenches in World War I, Journey’s End tells the tale of a group of British soldiers and the effects war has on them physically and mentally as individuals.

The first time I saw the play was in London’s West End in 2011 and one scene had such an effect on me, it gave me nightmares.

I honestly cannot recommend seeing Journey’s End enough. It will change your perspective of war and will invoke the utmost respect for those who fought. For tickets, visit oldburyrep.org.uk or call 0121 552 2761.

The youth groups are out in force during November too, with West Bromwich Operatic Society’s youngsters presenting Matilda the Musical Junior at The Dormston Mill Theatre in Sedgley from November 9-12.

As the title suggests, this is the junior version of the original West End smash hit, adapted for young performers.

Matilda is a little girl who dreams of a better life and along the way she inspires other children to set out out to teach the grown-ups a lesson.

Packed with instantly recognisable songs including “Revolting Children”, “When I Grow Up”, “Naughty” and “Miracle”, it promises to be a fun filled evening of talent. For tickets, visit seaty.co.uk/wbosytickets-Matilda or call 07763 746656.

Script Youth Musical Theatre Company is currently seeking a leading character to play in their production of School of Rock, which they will present next summer.

Zack is an angry young musician whose father does not recognise his passion. The successful auditionee needs to be able to sing and move well, but also play electric guitar.

We know that special young man is out there, so for more information, visit the group’s Facebook page or call 07380 566922.

Over in the Shropshire area, the resident group at Little Theatre Donnington will present Calendar Girls the musical from November 3-5.

Written by Gary Barlow and Tim Firth, this is a heart-wrenching true story, set to music by this talented duo.

The death of a much-loved husband prompts a group of ordinary women in a small Yorkshire Women’s Institute to do an extraordinary thing. They decide to do an artistic nude calendar to raise money for charity.

The show has just the right amount of comedy to detract from the obviously sad subject matter and the songs include “Mrs Conventional”, “Yorkshire”, “Time Passing” and “Sunflower.”

It does include adult content, so don’t take the kids, but there’s nothing that will really offend. For tickets visit ticketsource.co.uk/thelittletheatre or call 01952 407959.

Even though we are not quite there yet, it feels as if the festive period just around the corner now, and there is definitely a Christmassy vibe at Theatre Severn in Shrewsbury from November 9-13, when local group Get Your Wigle On presents Nativity the Musical!

Every child in every school has one Christmas wish, to star in a Nativity, and at St Bernadette’s School they’re attempting to mount a musical version! The only trouble is their teacher Mr Maddens has promised that a Hollywood producer is coming to see the show to turn it into a film. Join him, his teaching assistant the crazy Mr Poppy, hilarious children and a whole lot of sparkle and shine as they struggle to make everyone’s Christmas wish come true.

The musical features all of the favourite sing-a-long hits from the films including Sparkle and Shine, Nazareth, One Night One Moment, She’s the Brightest Star and a whole host of new songs filled with the spirit of Christmas!

It promises to be an absolute delight and completely unmissable! For tickets visit theatresevern.co.uk or call 01743 281281.

That’s all for this for now. I’ll be back later in November with more am dram news. Please email all your show information and good quality photos to me at a.norton@expressandstar.co.uk, call me on 01902 319662 or follow me on Facebook and Twitter @AlisonNorton.

As pantomime season is on the way, I am looking forward to hearing from every Cinderella, Wicked Queen and Widow Twankey in the area!