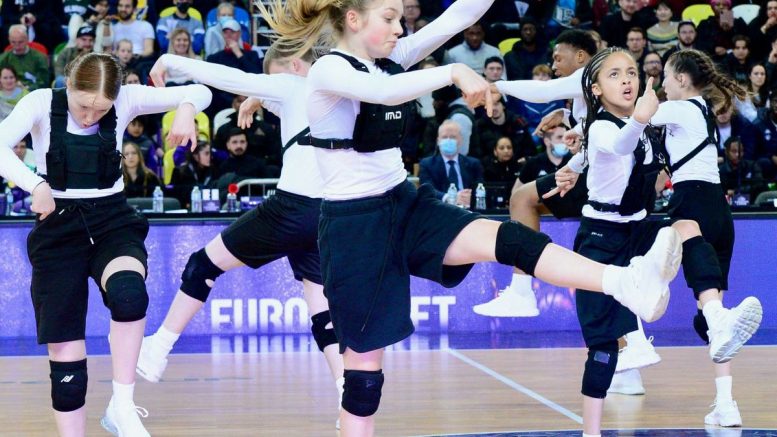 Meesha Garbett, 13, is a member of IMD Legion, a street dance crew who are still in the running to reach the semi-finals of the major TV talent contest.

The competition takes place in the next few weeks, between May 28 and June 2.

Meesha, an actress and dancer, is one of about 25 members of the crew who are the current Hip Hop International champions.

They have been the British HHI champions for the past six years, representing Great Britain in the World Hip Hop Dance in America.

On their second audition with the television programme the crew gained four standing ovations to make it beyond the first audition.

Meesha said: “This is our reward for all our hard training.”

Keith Garbett, Meesha’s father, said: “We are originally from Telford but Meesha gained a scholarship to the Sylvia Young Theatre School three years ago.

“At three-years-old she started at Gaston Payne Theatre School, which was based at Stafford Park but which has now closed.

“She started to street dance when she was seven-years-old and by the time she was 11 years old she had won various British and world street dance titles.

“That is how she got into the film roles.

“Her move from Ironbridge Primary School to the Sylvia Young Theatre School in London was quite hard but she has made new friends and hopes eventually to become a Hollywood actress who dances.”

Mr Garbett added: “Meesha is already known for her work having been cast in Hollywood films Cats, Jingle Jangle: A Christmas Journey and Fast & Furious.

“She has also gained a role in the latest Matilda 2022 film which is due for release in December and which features actress Emma Thompson as Mrs Trunchbull.

“Winners of the television competition get £250,000 and the opportunity to go on stage at the Royal Variety Performance.

“The live semi-finals are expected to take place sometime between May 28 and June 2.

“We are hoping that because Meesha is a Shropshire girl, and would always say that she is from the county, that people locally will show their support.

“Every vote counts and we are hoping people in Shropshire will want to back Meesha and IMD Legion.”