The fire service were called to deal with a car which had flipped over on a busy Shrewsbury road. 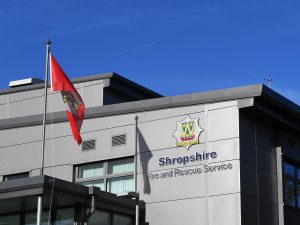 The car had crashed near to Kwik Fit on St Michael’s Street in Shrewsbury earlier today.

Images posted online showed the vehicle had rolled onto its side, halfway into the lane heading out of town.

The crash took place shortly before 2pm, with the fire service dispatching a crew from its Shrewsbury base – only a few hundred metres up the road – to assist.

An update from Shropshire Fire and Rescue Service said they had used cutting and spreading equipment to help make the vehicle safe.

The crew declared the incident over some 50 minutes later.

There has been no confirmation of whether anyone was injured in the crash.