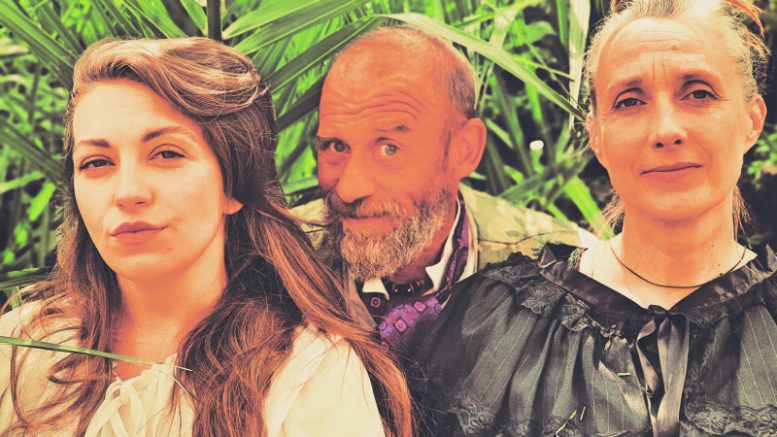 British Touring Shakespeare is returning to Soulton Hall with their hilarious new production of the Shakespeare comedy The Merry Wives Of Windsor and a brand new adaptation of Bram Stoker’s classic gothic horror tale Dracula.

The Merry Wives Of Windsor is a hilarious romp which sees the women of Windsor gain the upper hand in a bawdy battle of the sexes with the drunken knight Sir John Falstaff. This classic farce is guaranteed to make for an unforgettable afternoon of laughter enjoying outdoor theatre at its very best.

Artistic Director Andrew Hobbs explains this year’s choice of Shakespeare play: “There are certain Shakespeare comedies which are done every year as outdoor productions, and while we love doing those too it is also very important to us to give our audiences the opportunity to see some of the hidden gems in the canon that they might not have seen before. Merry Wives is all about women taking back control, which is a theme that definitely resonates in today’s world. It’s also just such a fun play from start to finish which is what we all need right now.”

Following on from the success of last year’s sold out adaptation of The Hound Of The Baskervilles, Hobbs has also once again teamed up with his father the award winning historian and writer David Hobbs MBE to create a spine chilling new adaptation of Bram Stoker’s Dracula. With fans around the world celebrating the 125th anniversary of the original publication of that great horror novel, there has never been a better time to bring this seminal vampire tale to the stage.

David Hobbs MBE said: “Bram Stoker’s novel is not only a thrilling story, it is a classic example of English literature and it was a pleasure to help draw out the essential elements into a format that can be put before an audience. I hope that everyone will enjoy watching the story unfold as much as I enjoyed helping to adapt it.”

London based actor Tom Thornhill originally hails from Shropshire. He appears as gothic hero Jonathan Harker in Dracula. Tom said: “There is nothing like the excitement of sharing such a fresh interpretation of this classic tale with the audience in such a beautiful open air venue. I’m delighted to be back in my home county of Shropshire with this thrilling production.”

In 2020, British Touring Shakespeare were the first theatre company to stage live performances during the recovery from the pandemic at socially distanced outdoor venues around the UK with their outstanding tour of The Two Gentlemen Of Verona.

In 2021 they continued to spearhead the return of live entertainment for communities around the country with their acclaimed tour of Twelfth Night and The Hound Of The Baskervilles.

This year British Touring Shakespeare once again ensure that the magic of open air theatre is a British tradition that people can continue to enjoy.

Tickets are available for the Merry Wives of Windsor on Saturday 20 August and Dracula on Sunday 21 August 2022.

Creative light display to put Darwin in the spotlight