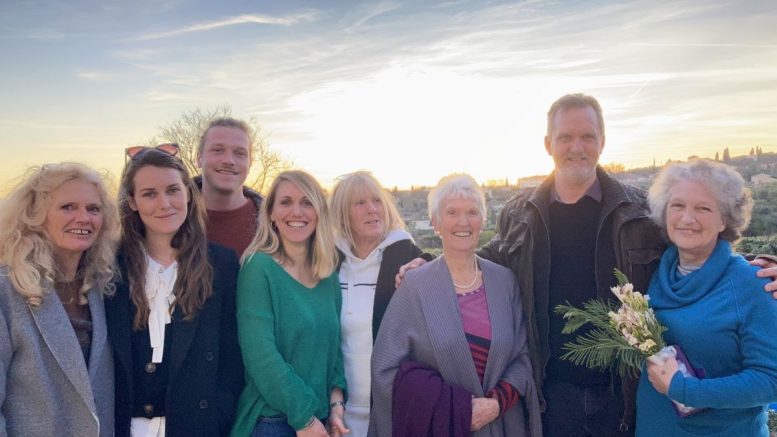 Judy Kenyon, a 65-year-old retired teacher from Dudley, had been searching for her birth mother for over two decades but feared that she might already be dead.

“Time is running out,” Judy said on the ITV show. “Or it may have already run out. I don’t know whether my mother will still be alive. There’s that little hole in your heart, that just can’t be filled by anything else. I need to find her.”

Born in 1957 and adopted a few weeks later, Judy was adopted alongside a boy called David, who has since traced his birth family, and the pair have supported each other in their searches.

Judy and David grew up in Oswestry, but their parents divorced and their adoptive mother married an aristocrat.

The family lived in a grand manor house, but the children never felt welcome.

“On the outside, what people could see was this wonderful facade of a fabulous home and prosperity, whereas behind closed doors things can be very very different,” Judy said.

“My father ruled the house like you would rule the army. It was quite a cold house, there wasn’t much affection. I didn’t feel that I belonged.”

She found out that her own birth name was Jane Masse, and her birth mother’s name was Gina Masse.

Judy found records of Gina and wrote to multiple possible addresses, but sadly had no success.

“Each time I wrote I wondered if my mother would open the letter,” Judy said.

While searching, she also found a birth record for a potential half-sister born to Gina in 1962. This baby was also named Jane.

After two decades of drawing blanks, Judy firmly believed her birth mother was probably dead, but she longed to know all about Gina and was desperate to find her namesake little sister, Jane.

But against the odds, both were found alive and well by the ITV show, living in Cannes in the South of Frances.

“Because otherwise I had nothing left of her. That’s all I had,” she said.

Gina had lost hope that Judy wanted to find her.

“I thought that if she tried to find me, she would have found me because my parents lived at the same address forever.”

In a twist of fate, Judy had written to this address, but just after Gina’s parents had moved.

Judy was devastated to find outjust how close she was to finding her mother and how her mother had given up hope, but was absolutely delighted to know that Gina had been found.

Thanks to Long Lost Family, Judy was reunited with her mother in Cannes and met not only Jane, but another two siblings she never knew existed.

Gina said: “It just shows you miracles still happen in this day and age”.