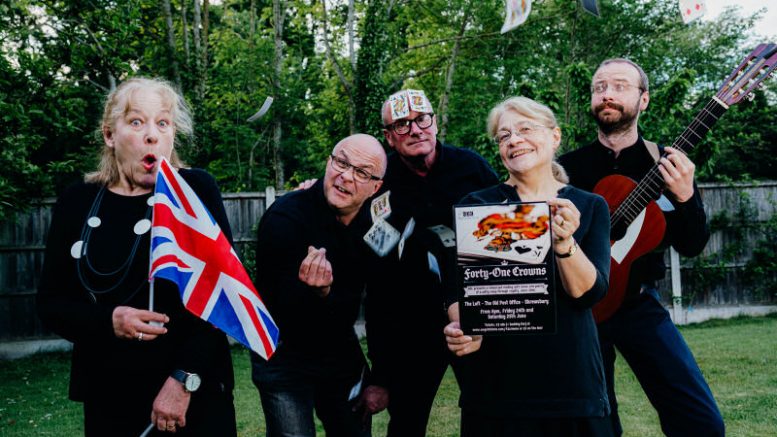 Written by SDC member Michele Rowland-Jones and entitled 41 Crowns it will run for two nights – June 24 and 25 in The Loft at The Old Post Office pub, Shrewsbury.

Performed by four actors and a musician and delivered through a combination of rhyming verse, music, readings and poetry, 41 Crowns is a wry and quirky observation of the activities of our kings and queens during the reign of various regal houses; such as the Plantagenets, Tudors and Stuarts; since 1066 and up to the incumbent monarch Elizabeth II – 41 in total.

Michele Rowland-Jones said: “This is the first and may be the last time the British people will experience a platinum jubilee, so we thought it poignant to mark the occasion, albeit with a slightly different production.

“Although serious in parts, 41 Crowns is essentially an alternative, light-hearted take on Britain’s monarchy throughout the ages, which we hope will bring smiles to the faces of our audience.”

Performances of 41 Crowns, start at 8pm at The Loft in The Old Post Office pub, Shrewsbury. Tickets are £5.00, available on the door or in advance via www.wegottickets.com/41crowns.

Oakengates Carnival to return in September