Shropshire will again have no trains running tomorrow, and Saturday because of ongoing industrial action. 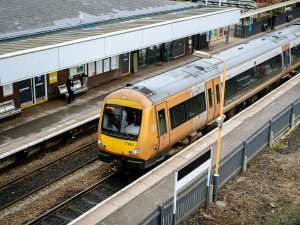 The latest will mean that the county is again cut off from the rail network for both days of the latest RMT action.

Transport for Wales, Avanti West Coast, and West Midlands Railway, have all said their services will be affected by the action.

Transport for Wales has also warned passengers of disruption on the days around the strike action, saying that displaced services will mean further issues today, Friday, and Sunday.

The situation, which has already impacted on major county events such as Shrewsbury Food Festival and Shrewsbury Flower Show, comes as Weston Park is set to host a major festival, Bestival over the weekend.

Network Rail said the strike action means only around 20 per cent of Britain’s train services will operate on Thursday and Saturday, with just half of lines open.

There will however be around 200 more services each day compared with previous walkouts by members of the Rail, Maritime and Transport union (RMT) as the school summer holiday has ended in Scotland, meaning more contingency staff are available.

The days after the strikes will also be affected, with service levels reaching 70 per cent on Friday and 85 per cent on Sunday.

Andrew Haines, Network Rail chief executive, said: “It saddens me that we are again having to ask passengers to stay away from the railway for two days this week due to unnecessary strike action, when we should be helping them enjoy their summers.

“We have made a good and fair offer but, with the exception of our TSSA management grades who accepted the deal, our unions are refusing to let our employees have a say, and sadly that means more disruption on the rail network.”