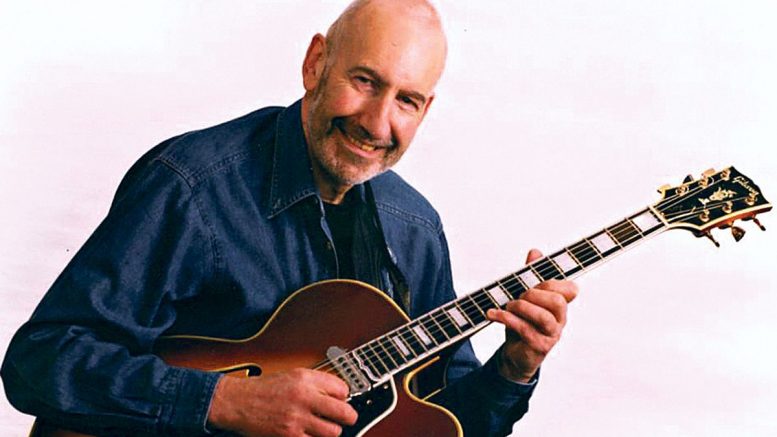 Roy Sainsbury first tasted fame when he performed as a boy on the 1950s BBC radio series Guitar Club and went on to class legendary American jazz musicians as friends.

Roy was the co-owner of Telford Musical Instruments in Wellington and taught lessons to generations of guitar players.

He grew up in Bristol. The son of a drummer and bandleader, he took lessons with guitar icon Jack Toogood which led to a lifelong love of music. He settled in Codsall where he remained throughout his life.

Roy‘s early forays into rock ‘n’ roll soon turned to jazz, when he formed the first of many dance bands. He went on to play with the Midland Radio Orchestra, and Nat Whitworth’s New Millionaires.

Later, he featured with the Bryan Jones Big Band, a popular and enduring outfit on the West Midlands, Shropshire and Mid-Wales jazz scene.

Friend Peter Jameson said: “He was a gifted and valued accompanist to jazz singers, including Jane Christie, Lee Gibson, and Dee Daly, who joined him for around a decade of New Year’s Eve gigs at the Wynnstay Hotel in Oswestry.

“Roy was equally at home playing solo guitar or in duet settings – memorably with the late Alan Stark in a residency at Shrewsbury’s Dun Cow in the 1980s. His distinctively lush, lyrical style and exquisite tone were also appreciated and sought out by many world-class jazz musicians, including Scott Hamilton, Peanuts Hucko, Ike Isaacs and many more.”

He added: “Roy got to meet and spend time with two of his boyhood heroes, legendary US jazz guitarists Johnny Smith and Barney Kessel. Both admired his playing, and Roy’s charm, warmth, humour, and passion for jazz guitar turned that admiration into the sort of genuine friendship he enjoyed with so many musical colleagues.

“His wisdom and enthusiasm inspired hundreds of his guitar students, and, as co-owner of Telford Musical Instruments in Wellington, Roy supplied many of them with their first, second and third guitars.”

A private family burial will take place next Friday, February 4, followed by a celebration of Roy’s life. The family has requested donations to Compton Care, in lieu of flowers at www.justgiving.com/fundraising/roywsainsbury.