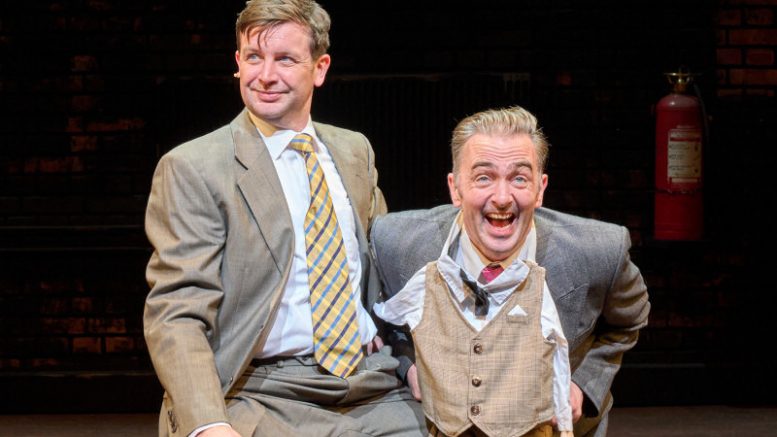 Following a spectacular Christmas season at the Birmingham Rep Theatre, The Play What I Wrote comes to Shrewsbury’s Theatre Severn 26 – 29 January.

Opening to 5-star critical acclaim at The Rep and audiences have been rolling in the aisles as this comedy masterpiece has brought its own special brand of hilarity to the stage.

Surprise special guest stars have been making their appearances in the show with Hollywood superstar Tom Hiddleston joining the company on the opening night in Birmingham.

Hamish has written a play, an epic set in the French Revolution called ‘A Tight Squeeze for the Scarlet Pimple’. Sean on the other hand, wants to continue with their double act. He believes that if they perform a tribute to Morecambe and Wise, Hamish’s confidence will be restored, and the double act will go on. But first Sean needs to persuade a guest star to appear in the play what Hamish wrote…

With a mystery guest star at every performance, this “recklessly, tear-inducingly funny show” (The Guardian) is “a loving celebration of comic genius which is itself touched with comic genius” (Daily Telegraph).